Where does starvation exist in the world today? What are some of the causes of world hunger? Are citizens of developed countries donating monetarily to the ongoing relief efforts? In this article, I will address these questions with the hope that by creating an understanding of the current world hunger situation, morally conscious individuals will do their part in contributing to the eradication of this unseen suffering. 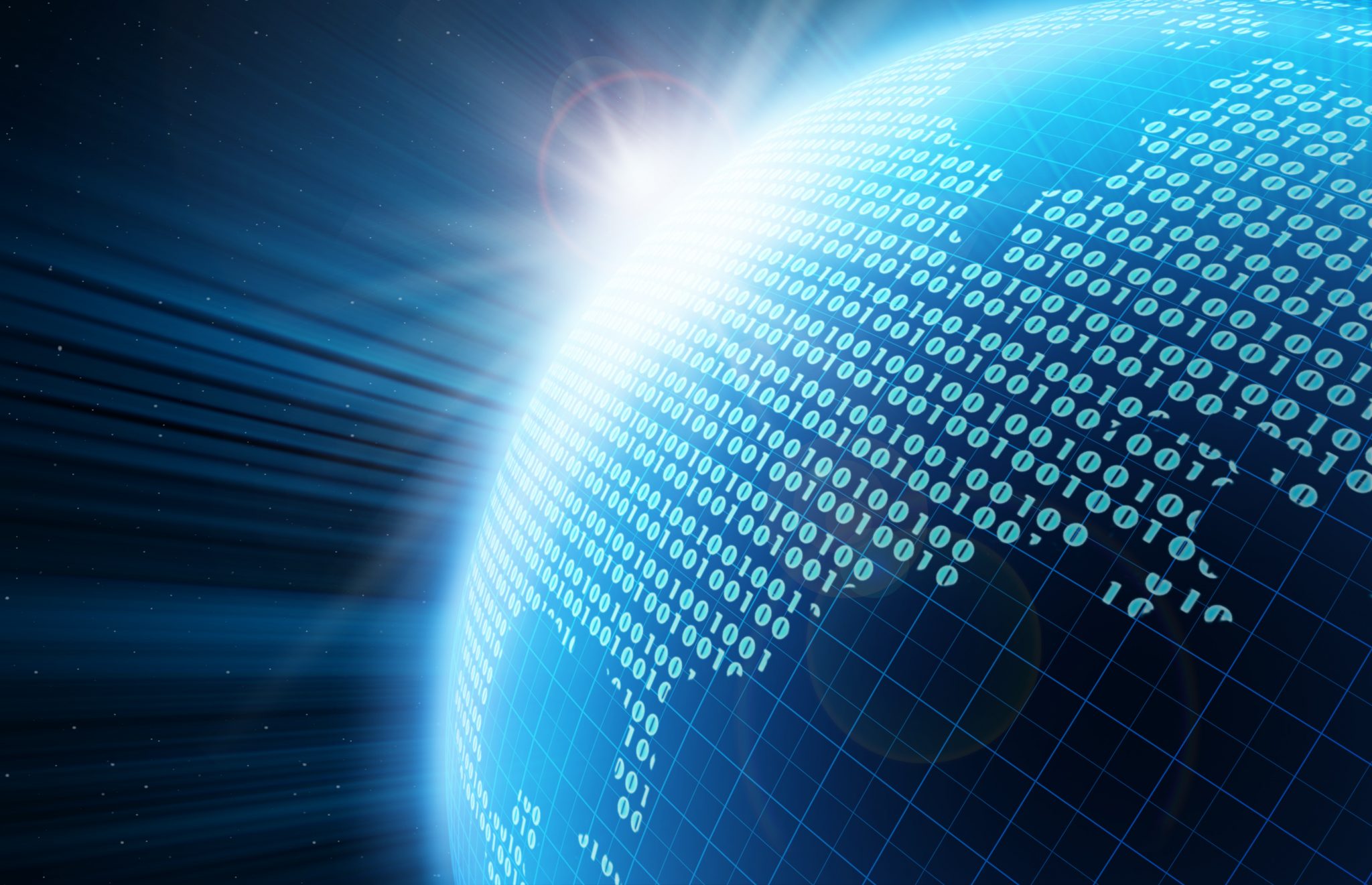 It is a well-known fact that there is enough food in the world to feed every human being on earth. Sadly, malnutrition and hunger still afflict one out of every seven people in the world today. Or, from a slightly different statistical perspective, the current world population is 4,712,200,000. The number of malnourished is 797,900,000. Therefore 17% of the world population is currently malnourished or starving. No matter how you examine th

The causes of starvation are complex, but some common threads seem to be associated with this problem. First and foremost, starvation is caused by poverty. To address the problem of world hunger then the problem of global poverty must be addressed. Therefore, the question that we should examine is what are the causes of poverty. A thorough discussion on the causes of global poverty is outside the purview of this article. Entire textbooks have been written on the subject. For our discussion, it suffices to say that one of the major causes of poverty is governments pursuing policies that inhibit self-sufficiency.

Areas of starvation are also characterized by persistent problems cultivating food from lack of seed, arable land, and tools. Those who can grow food must deal with insects, drought, floods, and war, destroying crops. Historically, areas of Africa have experienced periodic locusts infestations, which can destroy crops.

Other causes of world hunger are related to the globalized system of food production. The globalized food production system and trade favor reliance on export crops while discriminating against small-scale farmers and subsistence crops. Many third-world countries export out too much food while concomitantly not keeping enough food to sustain their own people.

AIDS is a significant cause of hunger. In societies affected by AIDS, famine is more deadly and difficult to combat. Why is this so? AIDS attacks the most productive individuals within a society. Fewer productive people within the society means fewer individuals to work the jobs that involve food production. This is one contributor to the starvation currently taking place in Africa.

Weather plays a major role in terms of the prevalence of starvation. Areas of drought lead to non-useable land with subsequent famine. This is well known. But less well known is that floods can also lead to starvation. Crops can be flooded and therefore destroyed, which in essence produces the same result as drought. In both cases, weather can produce a complete lack of self-sufficiency.

Military conflicts, both internal and between neighboring countries, can lead to starvation. These conflicts can destroy crops. Government money is directed at funding the conflict at the expense of the starving people. Funds are diverted from social and economic development. Military conflicts can also result in the displacement of large groups of people, removing them from their farms and their way of life. People can end up in refugee camps, completely dependent on relief aid.

The causative factors of world hunger are numerous, and certain factors change from year to year, therefore at any given time, some areas may be more prone than others. The extent of drought, flood, internal conflicts, and war with neighboring countries can vary over time. Therefore, these factors incorporate a variable effect on the degree to which inhabitants of susceptible countries suffer from starvation.

A combination of these causative factors in a particular region is a formula for disaster. When this occurs, large-scale starvation can take place—a case in point. The Horn of Africa has seen severe drought coupled with internal conflicts. This is leading to the development of a tragedy. In this region currently, 11 million people are on the brink of starvation.

Historically, certain areas of the world have had a high prevalence of hunger and starvation. These areas are the central region of South America, large areas of East, Central, Southern Africa, and South Asia regions. As of 2006, the current hot spots, those areas which are suffering the greatest degree of starvation, are as follows:

This area in central Africa has struggled to cope with the devastating impact of drought and locusts infestations.

In this region, extreme poverty has been further exacerbated by a political crisis, floods, tropical storms, and hurricanes.

An estimated 11 million people in the Horn of Africa “are on the brink of starvation” because of severe drought and war. Somalia, Kenya, Djibouti, and Ethiopia need food aid, water, new livestock, and seeds. This is a major hunger crisis in development.

Poverty in Afghanistan, made worse by drought, has contributed greatly to their hunger problem.

A 40-year civil conflict and the illegal drug trade have caused mass displacement and poverty.

3.4 million people have been internally displaced as a result of a continuing internal conflict.

They are struggling to cope with the devastating impact of a recent drought.

Erratic weather, lack of seed and fertilizer, chronic poverty, and AIDS have contributed to starvation.

These are the areas of the world that are currently suffering the highest levels of malnutrition and hunger. With this understanding of where relief efforts are needed, we must address the question of individual responsibility. Are individuals of developed countries donating to relief efforts? Most morally conscious individuals donate to relief efforts when the problem is presented to them.

A major problem in the relief effort is developed countries’ general population not knowing about the current hunger crisis. News organizations, more specifically television news, are not giving enough attention to the global hunger situation. While an in-depth discussion of the reasons for this is outside the purview of this article, a few points can be made.

Evidently, the American TV news organizations do not think world hunger is much of a story since starvation is a daily occurrence. From the perspective of these news organizations, I suspect that 24,000 people per day dying from hunger is not a big enough news story. When 1,386 people died from Hurricane Katrina, the news coverage was enormous. Five months after Hurricane Katrina hit New Orleans, TV news organizations were still squeezing all they could get out of this story. Grated this was an obvious tragedy, but an even bigger tragedy, much bigger, is going on in Africa, and the general public does not even know about it.

I have seen little to almost no coverage given by American TV news organizations on the devastating hunger crisis in the Horn of Africa. I have only learned of this crisis through RSS feeds on the Internet. Television news organizations such as CNN, ABC, CBS, and NBC are thus far not reporting on this crisis. Hopefully, this will change.

It is evident that the American TV news organizations do not really provide total and complete news; rather, they screen the events and only provide what they feel may be interesting to their audience. News organizations should present the news and concomitantly maintain high journalistic standards. Maybe these news organizations need to incorporate a higher level of moral obligation into their decision-making process when deciding which stories to cover. In any case, people can not donate if they do not know the problem exists.

We have addressed some key questions to characterize the current status of the world hunger situation. We have examined where hunger is the most prevalent in the world today, and we have identified some of the causative factors which contribute to malnutrition, hunger, and starvation. We have concluded that most morally conscious individuals would contribute to eliminating hunger if they knew about the crisis. Finally, we have observed that TV news organizations’ degree of world hunger coverage is very much lacking.

Even though TV news organizations have not been covering the current world hunger crisis, by reading this article, you have developed an understanding of the degree to which starvation is prevalent in the world today. If you are reading this in a developed country, which is highly likely since you are reading it on a computer that has Internet access, you have a moral obligation to donate either time or money to help in the elimination of unseen suffering. Winston Churchill once said, “We make a living by what we get, but we make a life by what we give.” We must all do our part to eliminate world hunger.